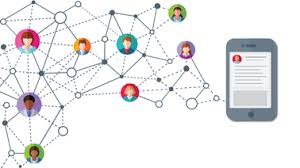 getty The predictions of Facebook’s demise might be a bit premature.

It is likely that the social network will become something we are unable to recognize in 15 years. One of the most prominent companies in Big Tech isn’t going to slide into oblivion anytime soon, with around 3 billion users and a parent company (now called Meta) with vast cash reserves.

Despite all of the rampant and widespread misinformation, the “pipeline” mentality meant to keep us hooked on the apps, and a revenue-obsessed corporate culture that seems to side more with advertisers than users, Facebook is a tech monolith.

But even the biggest companies have to evolve. All of the tech titans, including Apple, HP and IBM, went through pivots at some point. Apple’s iPhone is more popular than its Mac counterpart, but both IBM and HP eventually became enterprise giants.

Facebook is also poised to pivot and it’s possible that we won’t recognize the new social network by 2035.

The biggest change is that social media is going to become a virtual personification of real life — think shopping malls, concert halls, and “virtual humans” that look exactly like us. Here’s what that might look like over the next decade and a half

For starters, we’ll all start living a true second life (as if we don’t already, since the person we portray on social media is not the real person). Sharing our greatest moments makes us a more complete person.

Your virtual avatar will eventually become a living, breathing, and talking being, similar to an avatar in a video game. Think of this “second you” as someone who exists in a virtual world, a digital being who can talk, react, discuss, and even argue on your behalf.

To the extent that your online presence is a representation of who you are, this digital avatar will have a specific look, personality, and tone based on algorithms that analyze your online activity, the rich history of every social media post and comment you’ve ever done since Facebook started.

Your shopping habits, web visits and any other criteria that you choose will be used to create your avatar. The avatar will look remarkably human such that no one will even notice it’s a digital version. The “second you” will seem real to almost everyone.

The avatar of the future Facebook will have the ability to join meetings and participate in discussions about social issues. They can also buy and sell products and do job interviews. Samsung is already working on “artificial humans” who look ultra-realistic so the next step is to have these avatars fill in for you in an online world and then, eventually, join a future version of Facebook. The “second you” on social media will be so realistic that you might have to copyright yourself (and include a fine-print disclaimer explaining how this “person” is not actually, really you).

Of course, part of this digital future is that we’ll be wearing headsets or interacting in a virtual reality studio in our homes (something that doesn’t require goggles). The “new you” will be able to exist in the social network even when you’re asleep, and during your waking hours, your avatar will be able to join other avatars to go shopping, visit a new city, attend a social gathering or concert, or just hang out with other avatars.

You can only participate if the AI allows you. For example, the avatar could go shopping in a virtual mall. Then, the avatar would try on clothes and select the most flattering for them. The real items will be shipped to you if purchased. It’s similar to the old Second Life app or The Sims but driven by powerful AI, with a perfect replica of you (or who you want to be), existing at all times and interacting socially at your behest.

Your avatar could be deployed into a chat room to represent your opinions based AI. It will show how your interactions with other people over time. Your avatar could discuss topics, debate issues, or even defend your views, and then at the end of the day, you could ask your avatar to “debrief” you on the previous activities and discoveries. Your avatar could attend Facebook “college” and learn for you, go on business trips and conferences — all in an AI-powered virtual world.

If this all sounds like a video game, that’s no coincidence. In the next fifteen years, virtual reality, digital avatars and online environments will merge to form a new social network which relies more heavily on AI than we currently know. Now we have to decide if that’s a world we want to live in.