Nothing is as It Appears on Instagram’s Ghost Stores

Instagram has emerged as one of the best platforms for selling fashion. The platform’s emphasis on the visual makes it a perfect place to showcase an .. 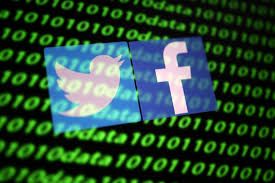 Instagram has emerged as one of the best platforms for selling fashion. The platform’s emphasis on the visual makes it a perfect place to showcase an online store’s fashion items. The emergence of “Instagram boutiques” is part of a long campaign by platforms to keep users within their ecosystem for as long as possible. One side-effect of the emergence of Instagram boutiques has been the rise of businesses purporting to create their own fashion but which, according to a piece by Terry Nguyen of Vox, are simply reselling fashion that they have bought from cheap suppliers.

The one thing about online stores that we have not quite solved is that it is easier to sell a lie online than it is in person. For instance, it takes a whole lot more deception to pretend to create your own fashion if you operate as an in-person store, compared to if the store is online. As Nguyen reports, many Instagram boutiques have taken advantage of the opportunities for deception that the online world opens, by claiming to be something they are not. Nguyen opens his article by describing an Instagram boutique that has the tagline, “Alteration is innovation” and claims to be based in Los Angeles, owned by women, and hints that it upcycled clothes or makes them from old, discarded fabrics. Yet, when Nguyen did a reverse Google image search of the clothes, having become suspicious that the pricing was too low for handcrafted clothes, he was taken to another Instagram boutique and to AliExpress, where the same items were sold using the exact same promotional images and at half the price of the items sold on the initial Instagram boutique. Nguyen calls this an example of a “ghost store” and says that they have grown in number as stores have increasingly relied on Instagram as a sales channel.

Over the last few years, the Instagram team has worked hard at becoming more visually alluring, easier-to-use, and more engaging and viral. It’s not surprising then that the platform has exploded so quickly into a major shopping platform. The Instagrams that sell their merchandise there do not always sell exclusively on Instagram. What they do is use the platform to pull customers to their websites and apps, through ads and influencer marketing. Online shopping has exploded, especially during the pandemic era when in-person shopping was difficult-to-impossible for large periods of time. However, many customers have grown cynical about the claims made by brands.

Customers have realised that many brands are willing to exploit the opportunity to lie or distort the truth that the online marketplace gives. Many brands, for instance, engage in greenwashing, purporting to have more environmentally friendly practices than they actually have. In this case, Nguyen found, as many people do, that some brands sell goods which they can find at much cheaper prices, without any compromise in quality, on platforms such as Amazon, AliExpress, YesStyle and Shein. A reporter for Business Insider bought two dresses from an Instagram boutique called It’s Juliet, and discovered that the two $34 dresses could be bought on AliExpress for $10 each!

Other Instagram boutiques have an even more radical business model. They do not keep any inventory, instead relying on drop shipping to ship merchandise to customers when they order. For instance, an Instagram boutique could create an online store where it appears as if you are going through their inventory, but are in fact just going through a catalog of stuff on AliExpress or some other supplier. WHen you make the order and pay, They have the items delivered to you from AliExpress, giving you the impression that they had the merchandise on hand, when in actual fact they are just doing what you could easily do at home.

Although there are many honest and reputable online stores on Instagram, the piece is a reminder that everything isn’t as it seems. It’s important to undertake due diligence. One thing you can be certain of is the quality of the products on offer at Creative Cabinets and Fine Finishes.

The post Nothing is as It Appears on Instagram’s Ghost Stores appeared first on Social Media Explorer.