The eraser indicates that a clear internet history option is available on the computer. gettyMozilla and The Markup, a non-profit organization have.. 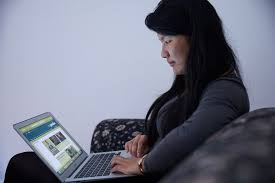 The eraser indicates that a clear internet history option is available on the computer.

getty Mozilla and The Markup, a non-profit organization have teamed up to bring light on Facebook’s data collection and tracking methods.

Both are currently recruiting for the Facebook Pixel Hunt research. They ask users to download Rally (Mozilla’s privacy-first platform data-sharing and sharing), which was launched last year. Users can also share their browsing behaviour.

Rally provides tools for monitoring the Facebook pixel. This Javascript component tracks users’ actions when they respond to advertisements. They should allow the companies to examine what data is collected, which sites it’s shared with, what data it reveals about users and how widespread Facebook’s tracking network actually is.

Ted Han from Mozilla, Rally Product Lead at Mozilla says that Rally is a tool that can allow communities to come together and provide insight into the web’s most mysterious parts. This has such a profound impact on individual lives as well as society.

“This is a rare opportunity to lift the veil over Facebook’s tracking and data collection practices outside of the Facebook platforms.”

The project aims to build on a previous collaboration with Princeton University’s Center for Information Technology Policy about news and misinformation about politics and COVID-19 across online services, as well as another ongoing study with the Stanford University Graduate School of Business on news consumption and the impact of ads.

Han says, “The Internet and the World cannot Wait for Platforms to Do the Right Thing. Especially when so Much Depends on It.”

Previous projects that had similar goals have failed. Facebook, for instance, banned accounts belonging to researchers at New York University (NYU), who were studying microtargeting political ads through Ad Observer. This was condemned by the US Federal Trade Commission.

It also apparently modified its website code to prevent the automated data collection of user-volunteered news feed posts, significantly hampering the work of researchers such as The Markup’s Citizen Browser project.

We will see if the Pixel Hunt project does better.